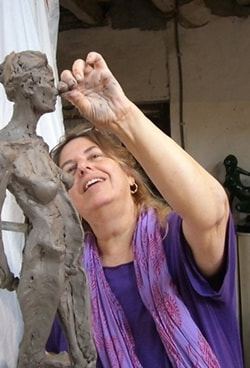 She was awarded a Bronze Medal and a Silver Medal in the Salon des Artistes Francais 2013 & 2016 respectively, in the Grand Palais in Paris. She also received the First Prize in the Versaille Biennal d’arte Contemporaire 2017.

Martine also won the Arthur LeDuc Jury Prize for the best sculpture in the Salon Des Artistes Francais in the 2018 ART CAPITOL at the Grand Palais in Paris France.

She was Sculpture Director at the New York Academy of Art, taught Portrait and Figure Modeling at the Sculpture Center in NYC, and has opened four studio schools in California, North Carolina, New York and France.