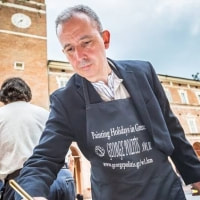 Artist Statement
​
​I love painting in watercolor and mixed watermedia.
Selecting whether going in the “pure” direction of totally transparent watercolour, or using acrylic inks, collage and other media is based on the subject and on the personal reaction to a potential subject.
The medium is not the most important thing. The result is…
Thus, I like to experiment a lot and find new ways to express my ideas. I experiment with various materials and processes, very often disregarding rules. Especially in my “Wall Series” I like to create some… controlled chaos and find ways to compose and create a balanced painting out of this chaos.

I like aged material, rusty metal, weathered wood…
Time plays a very basic role in my paintings; particularly the way it leaves
its mark on varied objects and on nature itself fascinates me. I see in the old, rusty and ravaged both truth and excitement. I can find inspiration in ordinary and commonly overlooked items, responding to them with dramatically different feelings each time, whether emphasizing the serenity, the loneliness, the atmosphere, the melancholy.
My aim is to make the viewer share my feelings and share my love for such objects that have “lived” in glory once… and that can still have sparkle today !!

George Politis paints in watermedia and lives in Thessaloniki in Greece. 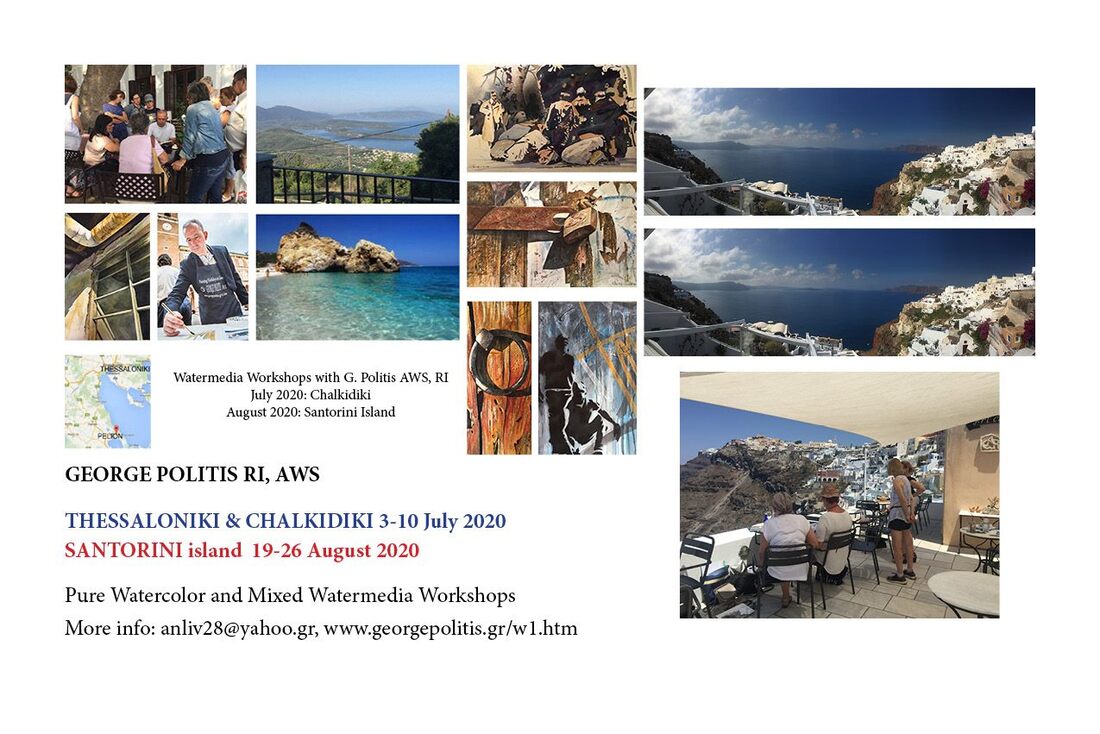