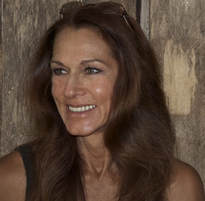 Artist Statement
Everyday brings another opportunity to explore and create. I love photorealism, but have found great joy as of late, in expanding and including abstract works in my practice. I feel a strong connection with my works of art, and am involved from the first seed of conception, going from a fleeting thought to a well orchestrated developmental process. I am an avid photographer, so I am able to do all the groundwork for my projects.
I am always open to new ideas, and find it most inspiring and refreshing to try many forms of art. Besides painting and photography, I am also an avid glass artist pursuing both fused and stained glass.
I actively work with art enthusiasts, children and adults alike. I teach private classes, go into the schools, and also volunteer for community activities. This past August I was asked by our town council to host a paint night at The New Market Square. I did so as a Volunteer and was rewarded with 70 very enthusiastic and happy students for the evening. I also give various workshops through the year for our Museum, to support and encourage community participation in the arts. Workshops have included clay, silk painting, fused glass ornaments, acrylic painting and more.
This coming year I am especially excited as I will have even more time to follow my passions as I retired as a Royal Conservatory of Music Representative for this area as well as cutting my 4 day music teaching practice down to 1 day, after 35 years!
Art to me is like breathing. It’s a given and thus an integral part of everyday. The satisfaction I get from my personal creating, can only be rivaled by my sharing with eager students. The importance of Art in ones life cannot be stressed enough. Woven into the fabric of our creations I believe, is the bare essence of who we are as participants in this journey called Life.