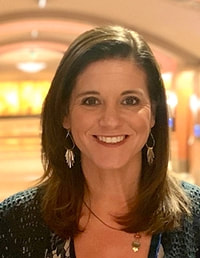 Artist Statement
Painting is a stepping off point into my imagination. Putting brush to paper is a meditation for me - a way to center my thoughts and feelings. Animals of all shapes and sizes have always been my passion and each piece begins with a deep admiration of the unique beauty and character of the creature I am painting. Other sources of inspiration include an animal's mythological or spiritual role in different tribal societies; the visual language associated with animals, cultures or places; a creature's role in the larger ecosystem; and a desire to experiment with different compositional elements. My primary goal with each piece is to capture the unique spirit and personality of an animal using a combination of color, line, patterns, symbols and texture. My finished pieces reflect my own interpretations of an animal’s spirit as well as cultural and artistic styles that inspire me.
My work has evolved over time as my admiration of different artists and cultures has grown and changed. I have long admired the work of John Nieto, David Hockney, Henri Matisse, Tom Killion and master Hopi Kachina carver Stetson Honyumptewa. My affection for animals began when I grew up near Monterey Bay and grew as I spent time in Santa Fe, New Mexico and the Hawaiian Islands. Each of these places gave me a longstanding respect for the roles of animals in different indigenous societies. I began my career as a graphic designer and my work still reflects the vivid, iconographic style I developed in this profession. I often use Procreate on the iPad to compose preliminary sketches or to play with color and compositional elements before implementing them in a painting. However, my best work emerges organically in the midst of the physical act of painting when I find my subject guiding my thoughts and decisions. My style is always evolving as I discover new techniques, media, and sources of inspiration. In doing so, I hope my work will continue to reveal my unique interpretations of the natural world.

Bio
Amy Storey Rattner lives in Woodside, California with her husband, two sons and three dogs. She received her BA and MA degrees from Stanford University and began her career as a graphic designer before discovering her passion for creating fine art in 2006. She received her fine art training in regular classes and workshops at the Pacific Art League in Palo Alto, Ca, the California Watercolor Association and the Silicon Valley Watercolor Society. After attending an intensive water media workshop in 2013 in Taos, New Mexico led by artists Skip Lawrence, Christopher Schink, and Katherine Chang Liu, Amy discovered a new, fresh style of painting that is uniquely her own.
Amy's work has been featured in solo exhibitions at the Marjorie Evans Gallery in Carmel, California, the Pacific Art League in Palo Alto, California and Viewpoints Gallery in Los Altos, California. She has been represented by galleries in the San Francisco Bay Area and in Santa Fe, New Mexico. Currently, Amy’s work is available at Ugallery, a curated online gallery featuring top emerging and established artists from around the world. Many of Amy’s sold pieces have been licensed by iCanvas, an online canvas print company serving retailers such as Wayfair, Nordstrom, and Target. Amy’s artwork has been appeared in Southwest Art Magazine,  Palette Magazine, and the Salinas Californian newspaper. Her work earned Best in Show in Fusion Art's “5th Anniversary Exhibition” in 2020, third place in the Pacific Art League’s “95th Anniversary Exhibition” in 2017, first place in the Redwood City Spring Art Show in 2016 and 2017, as well as Honorable Mentions in national juried exhibitions at Fusion Art and Palo Alto’s Pacific Art League. Amy is a member of Art Bias; the Santa Clara Valley Watercolor Society, the California Watercolor Association and the Pacific Art Leaguein Palo Alto.

Amy’s work will be on exhibit in September 2022 at the Slopoke Western Art Exhibit at Flag-Is-Up Farms in Solvang, California.
Artist Website